You will find the best offer on this website. Promise!

Seasonal special offers only on this site

To the online booking 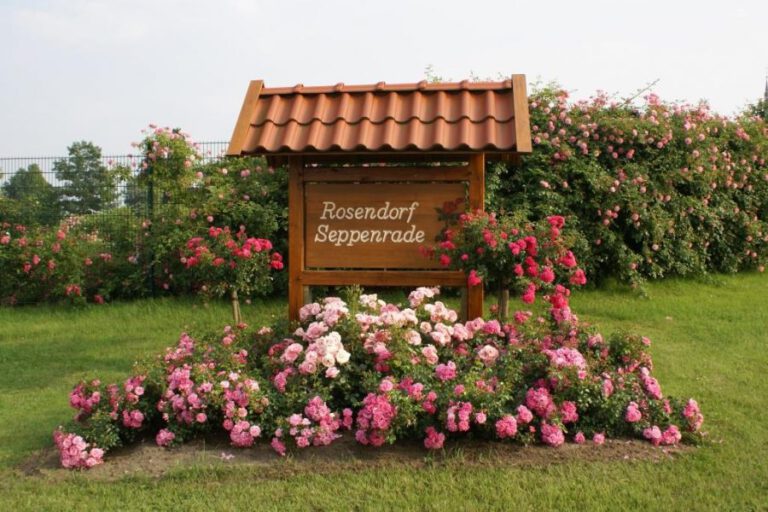 Seppenrade is a district of Lüdinghausen/Cois Coesfeld in the beautiful Münsterland and demonstrably settled since the 9th century. However, our little village became famous only in 1895 when the world’s largest ammonite was found. With a diameter of 174 cm and a weight of over 3.5 tons, the original is kept in the Natural History Museum of Münster, while at the entrance of the beautiful rose garden you can see a cast of this unique fossil and other small finds.

It is precisely this rose garden from the 1970s that has made the small village of about 7,000 inhabitants famous far beyond its borders. Today, the grounds cover an area of about 19,000 m² with more than 30,000 roses of about 700 varieties. The estate is maintained by volunteers.

The town of Lüdinghausen, consisting of its town center and the district of Seppenrade, is located about 30 km north of Dortmund and 20 km south of the city of Münster. The town of just under 25,000 inhabitants is known above all as a three-castle town. Worth seeing are especially the moated castle Lüdinghausen, the castle Vischering as well as the castle Wolfsberg. In addition, there are six other castles in the surrounding area, which belong to the area around Lüdinghausen according to the district form.

There is so much to see